A4 – Space For Contemporary Culture is a part of the networking project Re-Imagine Europe for a few years now. Together with nine different culture centers from around Europe, it belongs to a community of organizations that share an enthusiasm and determination to bring quality culture and art to its visitors. The main goal of Re-Imagine Europe is to connect different culture spaces and make them collaborate, communicate and exchanges ideas, artists and programs.

Thanks to the internet networking throughout countries is easier than ever – but communicating with your foreign partners and colleagues is always even more fruitful and fulfilling live – that’s why there are Partner Project organized for the members of Re-Imagine Europe network to brainstorm ideas and find new ways to collaborate. In October, 8. – 10. two of us, Project Manager Ľudo and Program Manager Slávo took part in a Project Partner Meeting in Graz, Austria, where the RIE decided to meet up for a few days to discuss new projects. 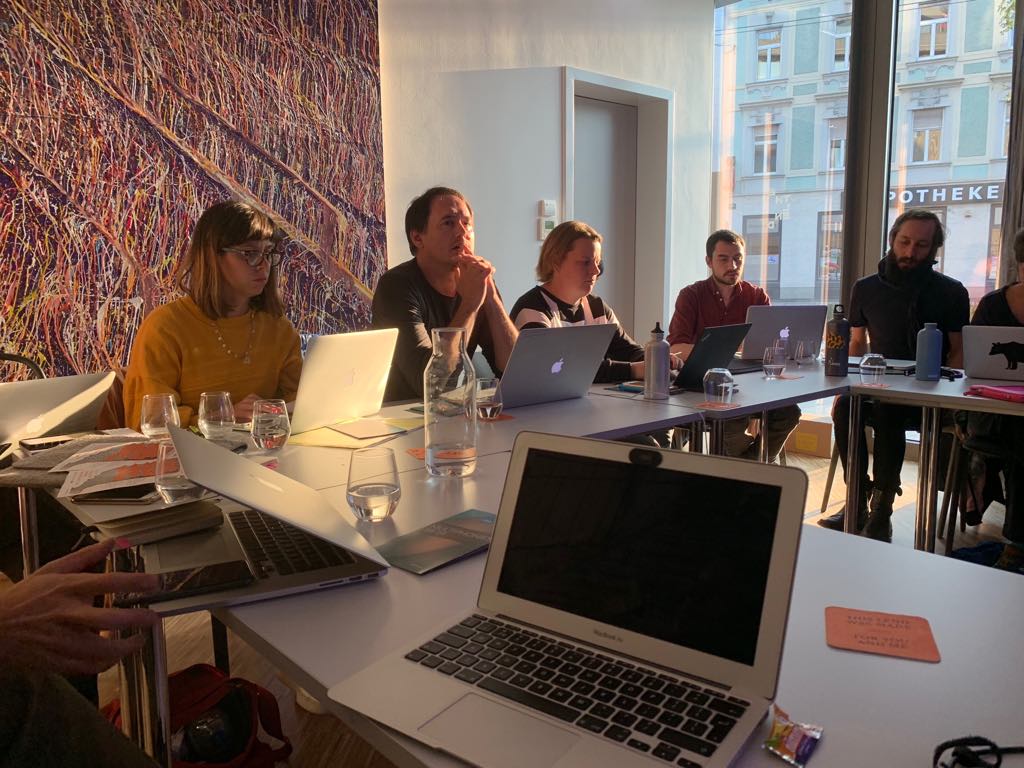 Discussions on program plans, updates from Coordination Office, presentations by partners of past and also pilot projects and individual consultations took place during the intensive days. Each of the REI members from different EU countries had a chance to see what’s being planned in the partnered backstage, present their own vision and keep the relations alive!

Part of Re-Imagine Europe, co-funded by the Creative Europe programme of the
European Union